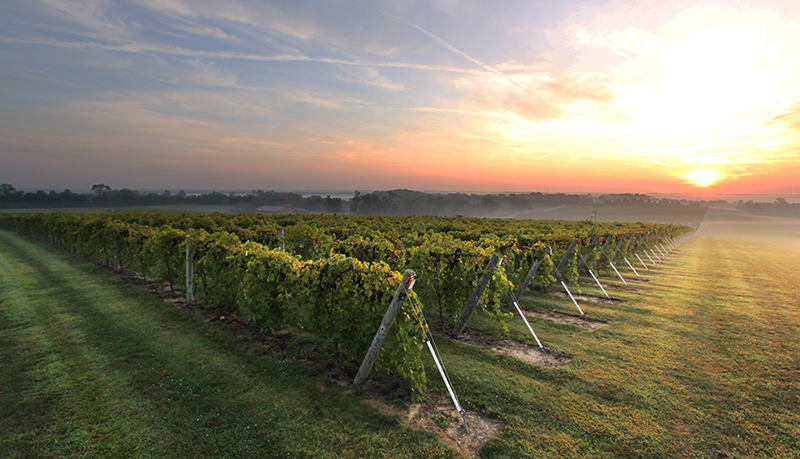 Oliver Winery started in the 1960s as a hobby in the basement of Indiana University law professor William Oliver. His enthusiasm for making wine led him to establish a vineyard northwest of Bloomington. Soon the flourishing vines produced grapes far in excess of his needs as a hobby winemaker, and he began plans to open a commercial winery.

Professor Oliver was instrumental in passing legislation allowing for the creation of small wineries in Indiana. The Indiana Small Winery Act passed in 1971 and Oliver Winery opened to the public in 1972. Decades later, Oliver Winery is an employee-owned company that produces 360,000 cases of wine and hosts thousands of visitors each year.

You might not know Indiana wines, but Oliver Winery is one of the largest wineries east of the Mississippi River. Oliver wines are distributed to 18 states and, though an online store, delivered to 22 states.

We are excited to be featuring fresh, perfect-for-summer Orchard Stand fruit wines at our Reception & Expo on Friday.