We are super pleased to announce the addition of a new session with author and speaker Kristin Meekhof. Krstin will be presenting a session titled “I.L.L.U.M.I.N.A.T.E.- Ten Pillars For Overcoming Any Setback.” 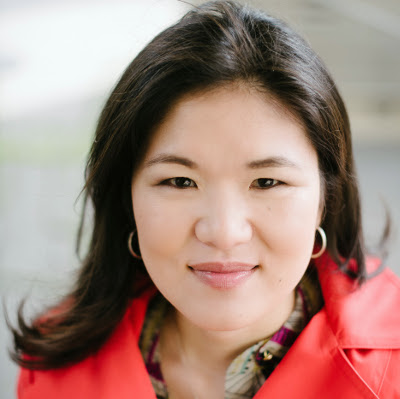 Kristin Meekhof, tragically, is a pro at overcoming setback. She was born in South Korea, left on the street as an infant, found by a passerby, and four months later adopted by her parents. Two weeks shy of her fifth birthday, Ms. Meekhof’s father died. When she was 33, her husband (a teacher and veteran) of four years was diagnosed with advanced adrenal cancer and died eight weeks later.

Kristin will share her a bit of her story and focus sharing with the audience on how to cope with setbacks. We all have them and it is how we overcome setbacks that make a difference.

As a licensed master’s level social worker, Kristin is aware of how our thoughts can impact our performance (i.e., business, physical, social). She is also aware of how a physical injury can impact our moods. For example, as a distance runner who broke her foot last year, Kristin’s recovery was influenced not just by physical therapy, but also how she thought about it.

Kristin Meekhof is a speaker, writer, runner, yogi and author of the book, A Widow’s Guide to Healing (with cover blurbs from her friend Deepak Chopra, MD and Maria Shriver- Sourcebooks, 2015). Kristin is also a contributor to the Live Happy book (HarperElixir, 2016). She is a  licensed master’s level social worker, obtained her B.A. from Kalamazoo College, and completed the M.S.W. program at the University of Michigan. Recently, Kristin was invited to the United Nations to attend the CSW60 conference where she introduced Lord Loomba.  She can be reached via her website.