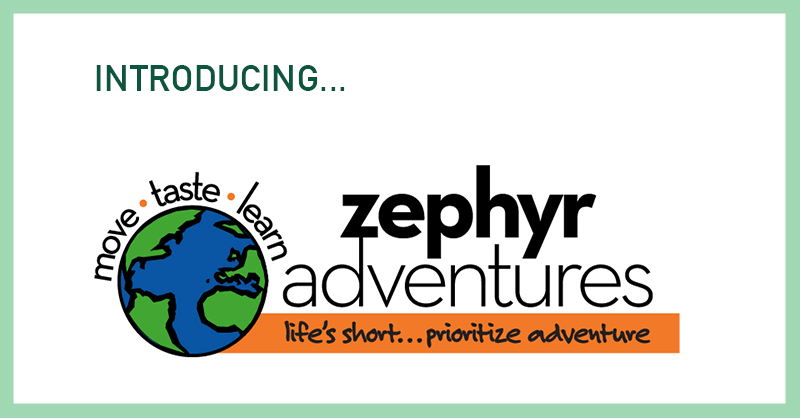 Roni first contacted Allan Wright of Zephyr back in January to discuss passing on the management torch for FitBloggin’. The conference was in planning for its sixth event and management had become too much work, leaving not enough time for the love that inspired Roni in the first place. After much discussion, Roni and Allan agreed to have Zephyr Adventures take over management starting with planning for the 2016 event.

First off, we want to reassure you.

Zephyr Adventures is a small company of seven people based in the mountain town of Red Lodge, Montana – population 2,300. It started as (believe it or not) the first inline skating tour company in the world, way back in 1997. Eighteen years later, and despite the fall in popularity of Rollerblading, Zephyr still runs two skating trips per year. Zephyr also expanded to include many other active tours around the world to include food, wine, beer, and spirits tours as part of its Taste Vacations brand. All of its employees work virtually from their own home offices in four different states.

Seven years ago, Zephyr started one of the first niche blogging conferences – the Wine Bloggers Conference – which matched Zephyr’s lifestyle ethos given its many tours in wine country. This second “half” of Zephyr grew to include management of the International Food Blogger Conference, Beer Bloggers & Writers Conference, and Wine Tourism Conference, so the company knows how to put on a good conference.

More importantly, Zephyr’s ethos is exactly in line with that of FitBloggin’. Its motto, Move Taste Learn, could be the motto of FitBloggin’ and its tagline, Prioritize Adventure, probably reflects the conviction of many FitBloggin’ attendees to live life to the fullest, whether it be in adventure, healthy living, family, or community.

Zephyr has contracted with me, veteran FitBloggin’ participant Brandi Koskie, to handle communications with the FitBloggin’ community. So the social media, emails, and surveys you receive will have a familiar ring to them. Zephyr also created an eight-person advisory board of FitBloggin’ frequent participants to help guide them as needed.

In short, we want to make sure you know FitBloggin’ is in good hands with a small company that can provide more resources, but still has its priorities in the right place. Stay tuned for an announcement of the 2016 location and date soon!