Why do people wake up for a 6:30am Bootcamp at FitBloggin’?

Mostly because Erin Krietz Shirey has been kicking off a conference with a spirit of fitness, community and sweat for the last 3 years and in 2015, things were no different!

Well….there actually were two big differences to Early Morning Bootcamp this year than in previous years 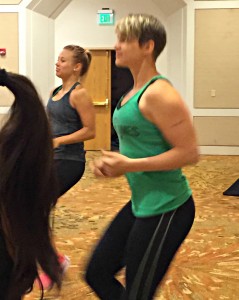 Erin is known for her energy, positive attitude and ability to adjust her workouts to all levels of fitness.  Every Bootcamp attendee received not only a gift bag (including Momentum Jewelry and samples of Ryte) but also a choice of light, medium or hard Harbinger Resistance Bands. 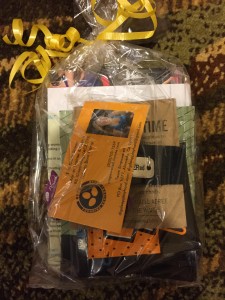 The workout began with a circle where everyone continued to do warm up moves while introducing themselves and then quickly moved into using resistance bands every which way from bicep curls, to squat bicep overhead presses (aka “SOB’s”) and triceps. 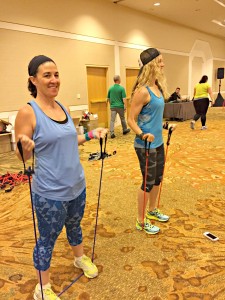 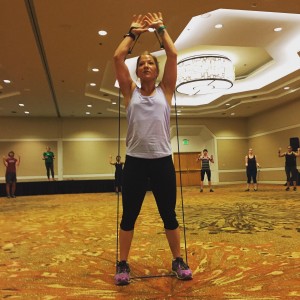 Next, the group got running in a circle encouraged by Dubya Wife yelling, “Come on bitches, let’s go!” which got everyone in a good mood which was helpful because then the one minute drills of burpees and push-ups began!

To make things interesting, the next phase of the class consisted of partner work with the resistance bands with side steps and high elbow rows. 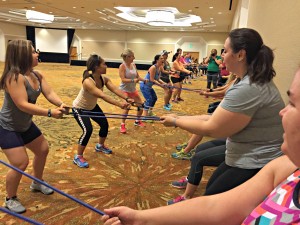 Because group workouts with Erin are never typical, attendees were then asked to do relays with step squats and mountain climbers (“because we’re in Colorado, people”) and rotational corners with 4 different moves to do challenge the body in new and different ways.

The last third of the class included fun activities like a “Soul Train” run, sets of push-up high 5’s with a neighbor, regular and diamond crunches, toe touches and push-ups with down dogs.  Some felt especially happy once this section of the class was done (Hello Robby!)! 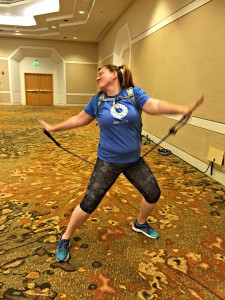 In the unique way that Erin ends her workouts, the cool down was followed by asking every person individually how they felt and answers ranged from “amazing” to “bad ass” – not a bad way to start off a conference, right?

This blog entry was written by Melissa Burton of thevalentineRD.com where she writes about food, fitness, family and Duran Duran (yes, Duran Duran).  For more about Erin Kreitz Shirey, Master Trainer and Coach, see ErinKreitzShirey.com