Led by the following and live blogged by Gwyn (Gwynspiration for Weight Loss) on Saturday, June 29, 2013

Disclaimer: due to the sensitive subject matter of this session, names have been left out but identified as participant unless they were leading the discussion. 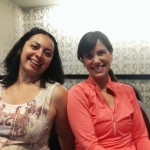 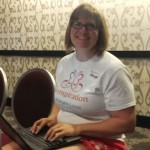 Jenn is proud mom to two amazing kids, wife to a wonderful husband, household CEO, and all-around great gal living it up in the Boston area. After struggling with postpartum mood disorders, Jenn used proper diet and exercise to help turn her life around. She started blogging in 2008 to share her experiences. Wanting to take her fitness education to the next level, she became a certified personal trainer in 2009. Unfortunately, after an injury, some weight gain, and emotional struggle, Jenn took nearly a year away from all things social media.

Upon returning to the virtual world, Jenn launched her new blog ComebackMomma.com. With this blog she shares her stories about her quest to be healthy, fit, stylish and happy. Jenn believes that every mom deserves to feel like she is the best that she can be. She hopes to inspire other moms who have had setbacks to find the strength to make comebacks of their own. You can also find Jenn at Fitspiration for Moms, a collaborative website promoting health and wellness for moms. Jenn is really looking forward to Fitbloggin’ 13 where she will be co-leading the discussion, “Blogging about Sensitive Topics.”

Lena is a working mom of two active children and a wife of 12 years. Originally from Russia, they have settled into the Chicago area. Lena supports non-profit organizations for kids and families healthy active lifestyle, because she truly believes in local support of good causes by businesses and community members. Bike riding as a family is a great part of Lena’s family life, but she also cherishes rare occasions she can just hit the trail on her own. Her blog Way 2 Good Life shares simple activities families can do together. She shares her love for biking through articles teaching moms (and not only) the basics of bicycle riding. You can also find her at Fitspiration for Moms, collaborative website with a big purpose to keep moms inspired and fit.

Jenn and Lena introduced themselves and their blogs (see above).  Jenn went on about how an injury caused her to become depressed and anxious.  She also dealt with Postpartum Depression.  She stated she was putting so much pressure on herself about her blog.  Thoughts that were going through her mind is that she had to be perfect and give good fitness advice for others that read her blog.  She said she had to take a step back and re-invent her blog.  That’s where she came up with her come back mama blog idea and where she touches about depression.  Jenn stated she was gone from her blog and any social media for good 10-11 months before she had her new blog idea.

Lena discussed how some people hide behind their blog and how she has hid behind her own blog.  She stated since she is a health and fitness blogger why would she be posting about things that are not helpful.  She wants to be the “good cheerful person”.  She stated that she did not grow up in this country and what could she say that would be helpful to others.  She felt like how could anyone relate to her.  Sometimes people tease her about her accent since she came from Russia.  She said she would never talk about her feelings dealing with these issues on her blog

Fitbloggin participant shared how they deal with anxiety how that affects them socially.  They would make jokes about all the things that they are scared of, in order to cope.  They also got involved with theater to help and they got to be someone else with that acting.

They pointed about they would poke jokes at things they were bothered by.  In reality, they didn’t feel they were being honest.  The participant stated they want to be more honest in their blog posts.

Another participant shared how they struggle with bulimia, anorexia, and binge eating. The participant does not talk about it on their blog.  They don’t want to sound “woe is me” or the victim.

Lena asked participant if they feel that talking about it that no one would care?

Fitbloggin participant stated they have dealt with doctors their entire like saying they were just fat and lazy.  They shared they have a severe autoimmune syndrome and got up to 475 lbs and told they were malnourished which led to overeating.  They struggle with the head game of I wouldn’t be like this if they (doctors) didn’t say this to me.  I have to find a way to talk about it with out blame.  “I need to take responsibility for it.”

The participant shared how they love telling strangers about their weight loss because other’s may become inspired to get healthy themselves.  You never know who you will touch.  Another participant stated how they know people will read their blog posts but never comment.  This situation is frustrating since you want to know if what they are typing matters.

Another participant discussed how spouse’s addictions of alcohol have been an struggle, abuse, and financial problems.  They don’t share that information with their blog world fans.  They discuss those issues in counseling and close friends that understand.  If they are blogging about frustrations at home, they just state that they are having marital problems because not everyone will understand.  Another participant stated, “That’s not your story to spill on the internet especially since it will affect potential employers for your spouse.”

Another fitbloggin participant stated they swear like a trucker in real life and it gets out a lot of stress that way.  A participant followed up with that swearing relieves pain especially if you stub your toe.

Discussion led about body image and imperfections about their bodies.  The participant shared they will discuss excess skin since losing 100 lbs because they know others are wondering what they do with excess skin.  The participant feels that people don’t want to hear about a celebrity (whom have cooking staff and personal trainer living with them) because that is far from real life, but they want to hear from a real person that lost weight.

Fitbloggin participant discussed how their keloid scars use to affect them in public situations but now they don’t pay attention to the stares of the scars.  When they gained weight, the scars grew more but with losing weight, the scars have been going down.  Participant stated that they plan to point out about it in their blog because maybe others can relate to that issue.

Participant stated, “When I started my blog I didn’t expect anyone to read it.  I was focusing on Weight Watchers but I wasn’t losing the weight so I decided to change my focus to on how to be good to ourselves during this process.  There seems to be a lot of pressure to only be positive and perfect.”

There are people that would give snarky comments or say your making excuses if you talk about what you’re having trouble with this.  I also want other bloggers to know if we don’t put out both the good and the bad then we are not being authentic.

Jenn:  Are you inspired by bloggers that seem to be authentic or does that scare you?

Another participant stated they were influenced and inspired by another blogger that would share her personal struggles and be real.  What she chooses to share and doesn’t share is fascinating to me.  She tends to add humor to those hard issues that others don’t want to talk about or are embarrassed about.

Fitbloggin participant stated that they are encouraged by blogs that bring up those hard topics that others don’t want to talk about because then they know they are not alone.

Lena shared how it took her 2 years to go to Zumba but she was inspired by a friend that became Zumba certified.  Her inner voice kept on saying she was so bad at dancing and will make a fool out of herself.  She decided to become Zumba certified too.

Jenn: there was a blogger that felt like her post did not matter because only one comment was made on the post.  The blogger wondered if it was worth it and did they really reach anyone.  I have had people on facebook that has never commented on my blog but private message me how I inspired them.  One guy reached out to me 2 years down the road about how I did P90x two.  You never know who you will be inspiring.

Another participant stated you can really get into the “comment game” especially when sponsors want to see numbers of hits on your blog and comments.  People that really need your post may not even comment but that does not mean it doesn’t matter.

Fitbloggin participant stated she was raped when she was 16 years old and was struggling with it as an adult.  She searched the web and found a blog that the person shared their rape story.  She stated that she did not comment on the blog but the blog post really helped her when she was struggling.  The participant stated that they wished that someone would at least wave hello on her blog.

Lena: If you put it out there, what’s your biggest fear?

Participant stated they would be fearful of being judged.  Last year, they had gone un-diagnosed bipolar for 10 years.  They shared how a doctor kept on putting them on all these medications that were driving them crazy.  Their family was noticing how unstable they were and concerned.  The participant reached out to a mom’s group that told them of a good nurse practitioner to go to.  The nurse practitioner had a survey to fill out and that’s when the diagnoses of bipolar were discovered.

Lena shared that her number one post on her blog that gets a lot of traffic is the “Plan to Fail” blog post.  It’s like people want someone to relate to and understand how they overcame or that their human.

A participant pointed out that everyone knows what to do (step to step process of weight loss and exercise) but people need to know what to do when things get in the way.  A real person that understands.  For example, “when real life happens: my job changed with more stress, medical issues, dealing with people that bog you down.”

Another participant stated they are empowered from working out but work would cause them too much stress to where they would want to binge eat.  “It’s hard to talk about things when people in the community see you everyday.  I don’t want to come across as weak.  I do have people that will pull me aside and thank me for the post.”

Lena stated “stop comparing to your inside to everyone’s outside”  Another participant stated “I try not to get into the fake life game but I have stresses and frustrations in my life.”

A participant shared how they work out so much that people wonder if they are over doing it.  They find the working out a coping skill to all the stress.  In a way it is an addiction but not debilitating.

In summary, use your best judgement on what sensitive topics you want to share on your blog.  Remember the more “real” and authentic you are the more people will be able to relate to you.  Readers do benefit from your posts but a lot of time they don’t comment.  That does not mean that your post didn’t matter to them.  Be yourself and continue to rise above.