FitBloggin hosted a Bootcamp session on Friday, September 22nd, at 6:00 am. The class instructor, Erin Kreitz Shirey, is owner of Power Fitness PDX in Alameda, California. Erin is a trainer and has been in the fitness industry for 15 years. Her degree is in kinesiology. She has a passion for fitness because she feels that you can get through life’s problems with sports. Shirey says she loves her job because she is able to give her clients the tools and modifications to do what they need to do on their own. With regard to the Bootcamp class, she says, “If you can take one or two nuggets and do what you learn today at home, then I’ve done my job.” Shirey blogs over at Embrace Life’s Challenges, as well as at Dig Deep Play Hard.

The class began with a warm-up and introductions. 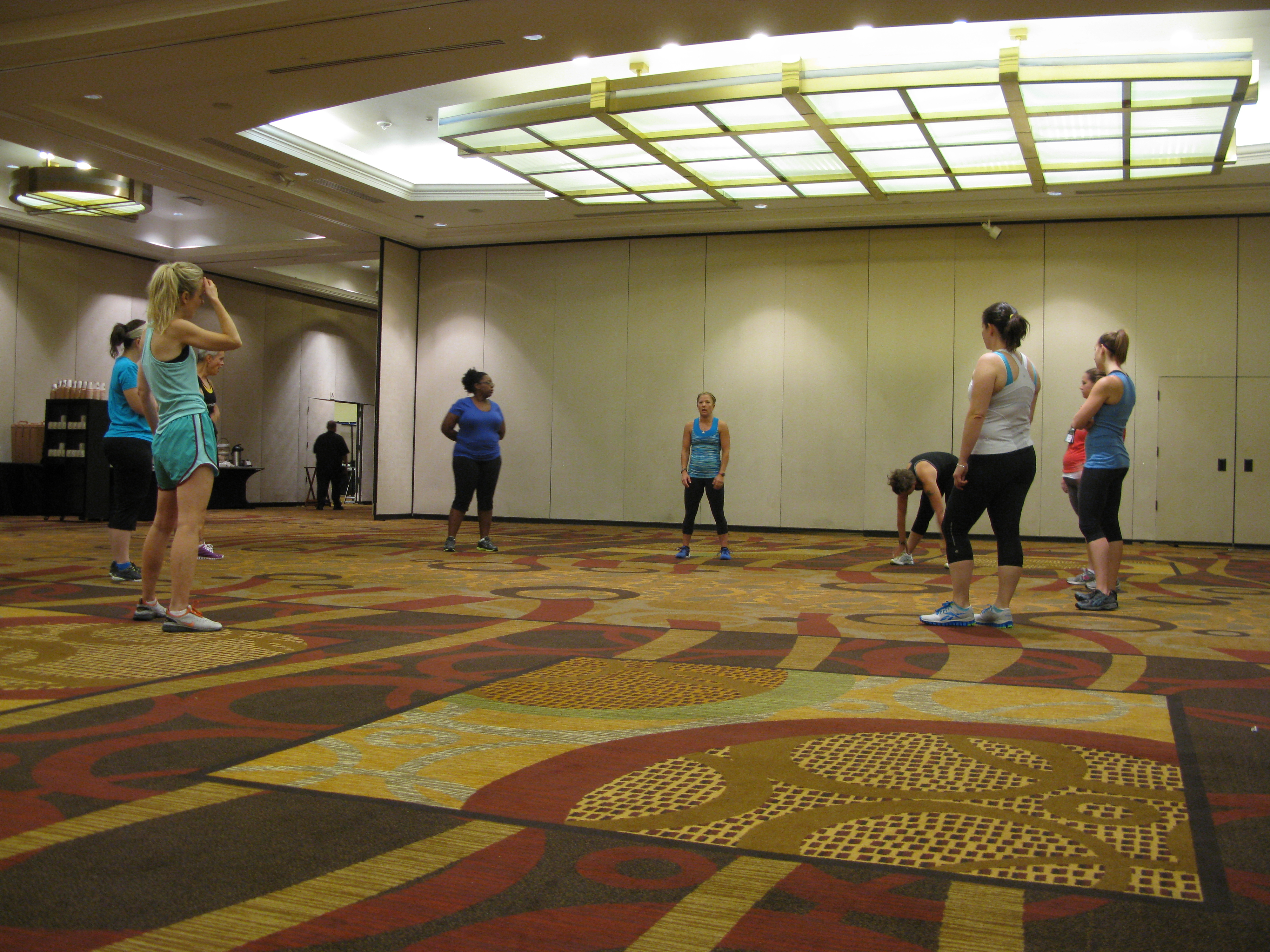 The warm-up included some of the following exercises:

After the warm-up, the workout began. Shirey wanted participants to focus on their posture throughout the class. The workout started with eight sets of the following:

The workout began inside and included the following: 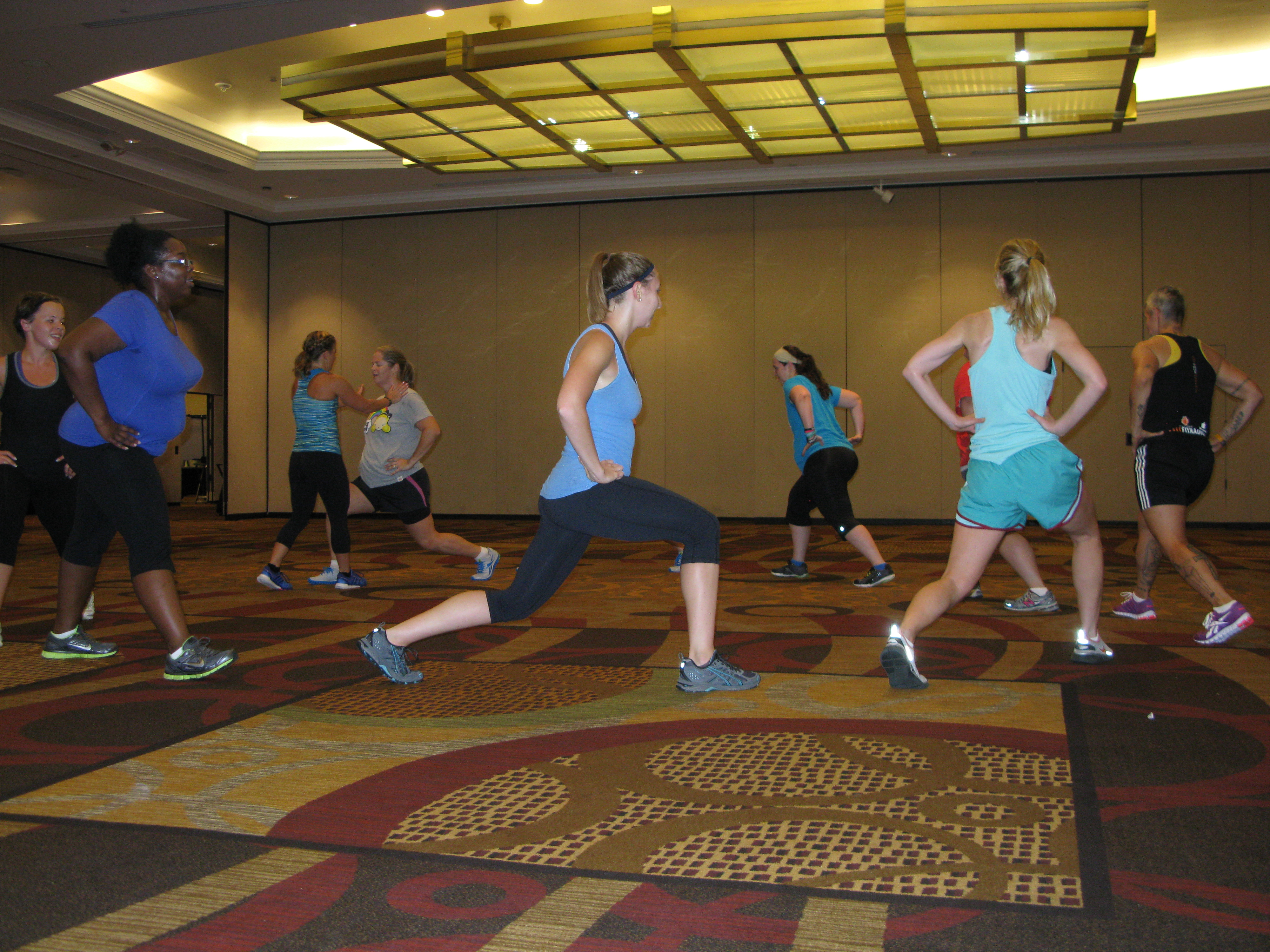 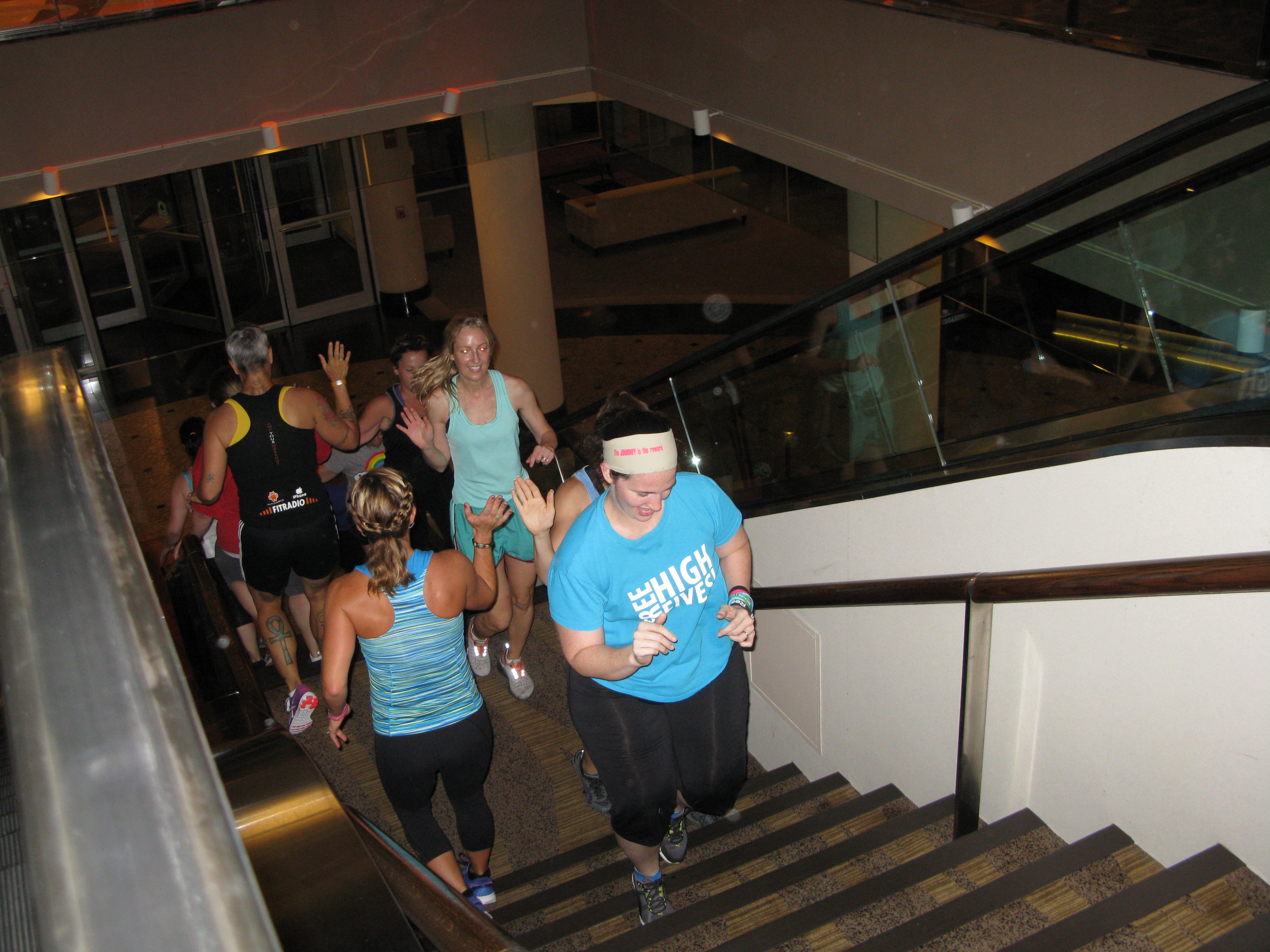 The workout then moved outside. Participants jogged to the pier and worked with a partner. One partner did ten frog hops, then jogged to the edge of the pier and back. Concurrently, the other partner was doing burpees. Then partners switched roles a couple of times.

Participants then did triceps dips on a bench along the pier. They high-fived the person next to them on each lift (first to the left, then to the right). 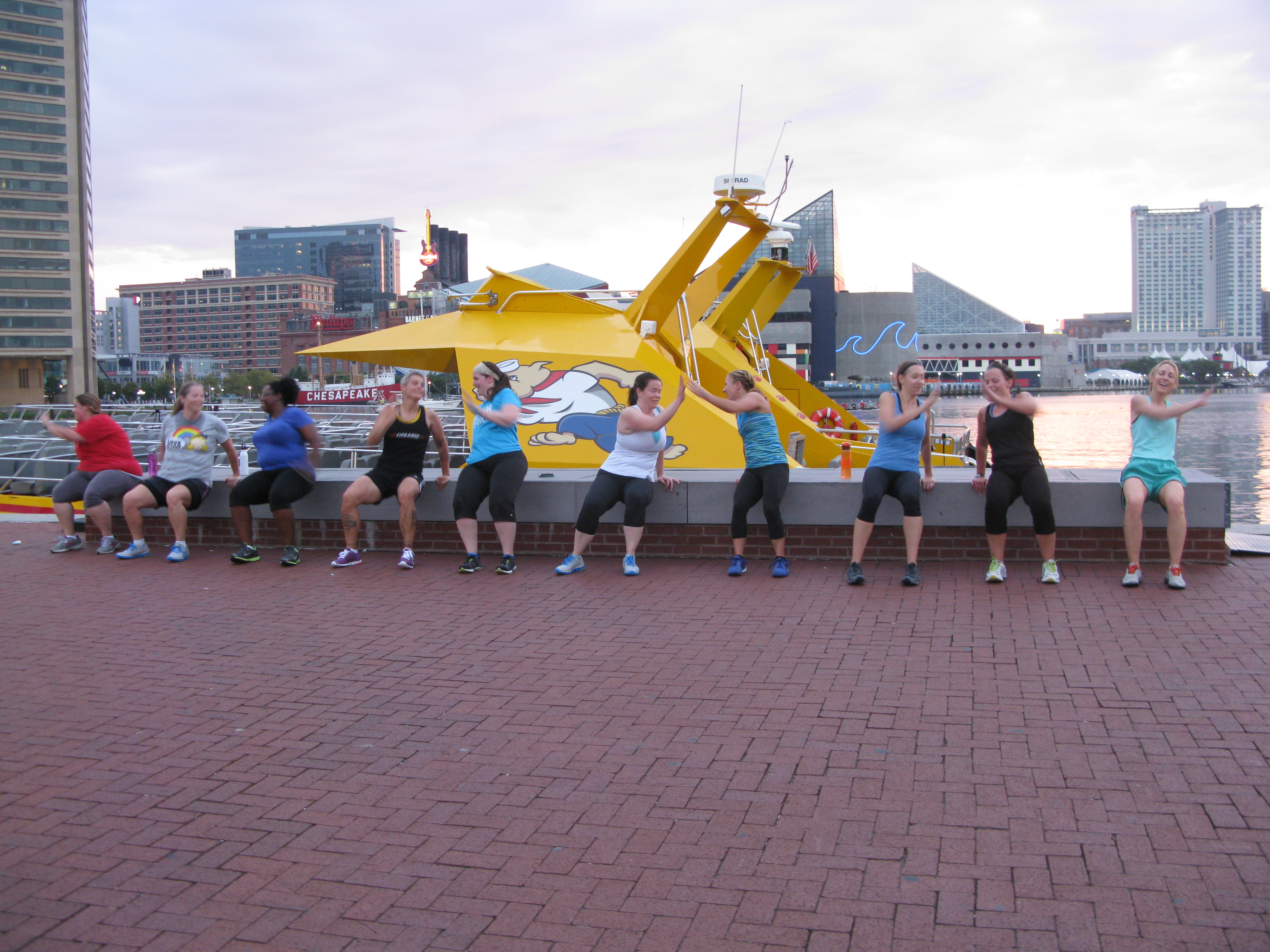 Participants also did slanted planks along the pier bench, adding in leg lifts while planking. 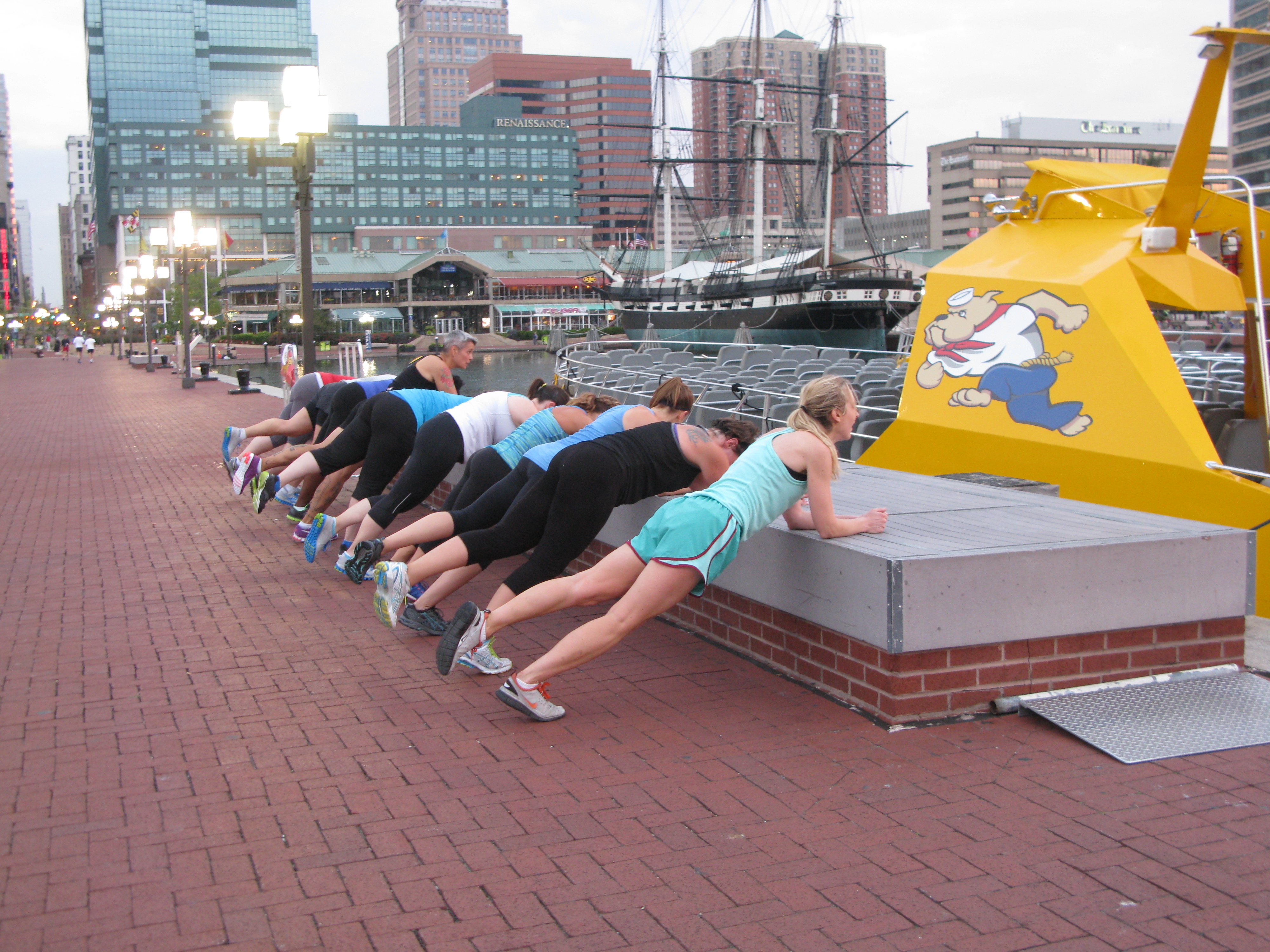 After this, the whole group did caterpillar walks, followed by a cool-down and closings. Participants talked about new health- and fitness-related things that they have tried this week. 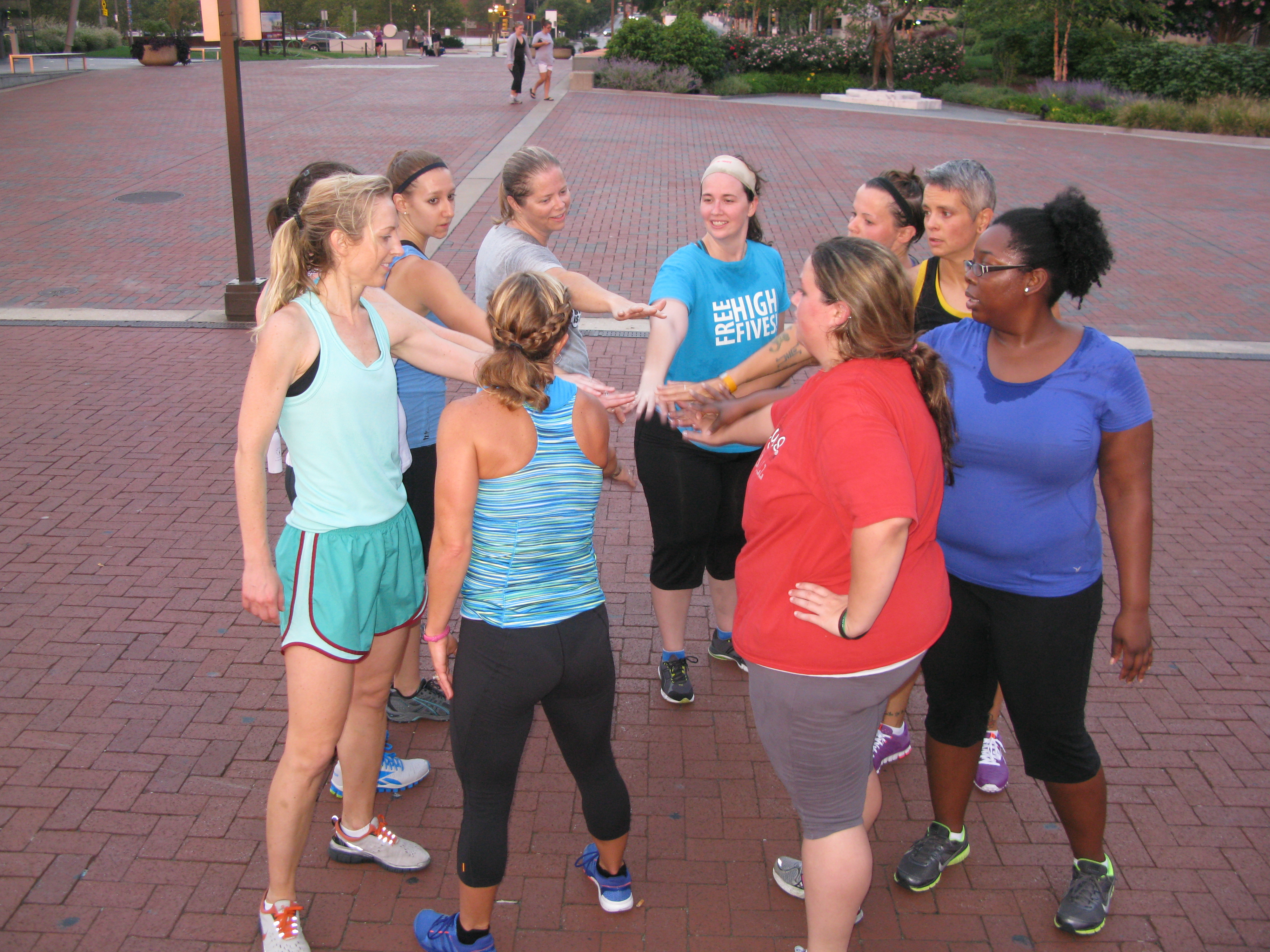 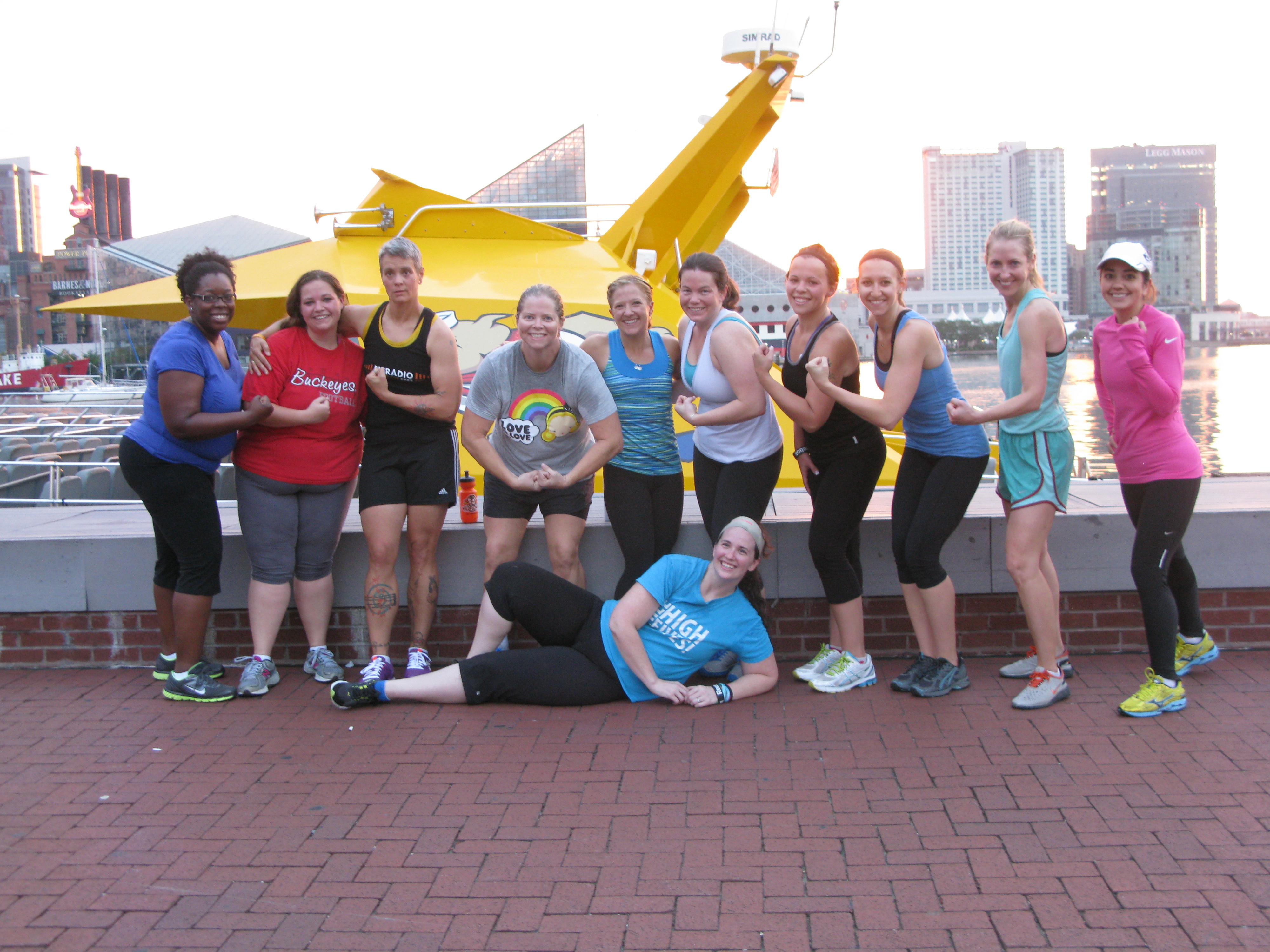 The participants (and instructor) of the Bootcamp class

This article was authored by Debra, a runner and health and fitness blogger. She can be found at Miles to Run.